10 Christmas Songs That Make the Naughty List this Season 10 Christmas Songs That Make the Naughty List this Season

It’s that time of year when holiday cheer is everywhere, and Christmas music plays on every corner. Many want a Christmas playlist that’s fun for the family, but if you’re looking for something a bit naughtier (yes please!) then these 10 Christmas songs have got you covered. From the classics to more modern hits, this naughty list of festive tunes will add the perfect amount of heat so you and that special someone will have anything but a silent night.

Originally recorded by Jimmy Boyd back in 1952, this holiday classic is the perfect tune to celebrate the holiday season. With its catchy chorus and playful tune, it’s easy to forget that this track is actually about a child catching their mother in a rather compromising position with Santa.

Of course, adults know that it isn’t really Santa putting on the moves in “I Saw Mommy Kissing Santa Claus,” but it does beg the question… did Tiny Tim accidentally peek in on some Sexy Santa roleplay? It definitely leaves us wondering what else was going on behind closed doors!

This seductive gem from Eartha Kitt is the ultimate 50’s Christmas classic for anyone looking to add a little naughty to their holiday playlist. Although “Santa Baby” is clean enough to play around the kiddos, it’s no secret that the artist sounds like she’s trying to seduce St. Nick. With lines like “Santa baby, slip a sable under the tree, For me, been an awful good girl” and “Come on down my chimney tonight” it’s no wonder this little number has been a hit for over 60 years.

Madonna brought her own take on Kitt’s Christmas list in 1986 with a more sultry version of this Christmas favorite. It has all the same suggestive sentiment as the original but with a sultry beat and Madonna’s signature twang, it takes things up several notches. This sexy song also has some fun nods to gifts like jewelry and yachts that make sure that your holiday will be anything but boring.

3. All I Want For Christmas Is You

This 1994 hit by Mariah Carey is a classic for all ages, but it can still bring some heat to any holiday gathering. In this holiday classic, Mariah makes it clear that nothing will satisfy her but her lover on Christmas day (not even a toy, which usually gets the job done). All she wants to do is unwrap her sweetheart under the Christmas tree.

Although the lyrics speak of love, the underlying longing and desire for Carey’s lover bring this anthem into the sphere of sexy Christmas songs. The best part about this classic is that you can find multiple versions of it, including covers from Dolly Parton, Justin Bieber, Michael Bublé, and My Chemical Romance.  There’s no shortage of ways to enjoy this sensual track.

No list of sexy Christmas music is complete without mentioning the controversial classic “Baby, It’s Cold Outside.” Originally written by Frank Loesser in 1944, this track has been covered by too many artists to count, including Dean Martin, John Legend, Idina Menzel, and Michael Bublé.

This sexy song has been stirring up controversy for years. Throughout the duet, one lover tries to convince another to stay for a romantic night together, claiming it’s much too unsafe for her to venture into the winter wonderland outside their door. Some interpret this song to be a man pressuring an uncomfortable woman into sex, but others say it celebrates consensual flirtation and playful seduction.

I’ve always looked at it as a cat-and-mouse game that is part of foreplay, not a desperate woman trying to escape her date. The real conflict was not between her and her date but rather her desires and what others expected of her. Lyrics like “my sister will be suspicious/my brother will be there at the door” aren’t excuses to leave but an allusion to the fact that people will notice she stayed the night and may not react well (this is 1944, after all).

Whatever side you may be on, one thing’s for sure – this song is not suitable for family gatherings!

Otis Redding’s soulful rendition of “Merry Christmas Baby” instantly transports you to a smoky nightclub where holiday cheer and smooth saxophone solos fill the air. This classic track oozes with pure sensuality, while still managing to keep it classy. Between his deep croons and sultry words, it’s no wonder this song has been a holiday favorite for decades. Not to mention, it was one of the first times we heard Otis lay down some truly sexy vocals.

Redding isn’t the only one serenading his love with “Merry Christmas Baby” – music legends Elvis Presley and Kelly Clarkson also released their own bluesy renditions. So if you’re looking for something more sensual than your typical Christmas carol, look no further!

When Santa Claus leaves his lonely wife alone for the holidays, a new suitor intends to sweep her off her feet in “Dear Mrs. Claus.” This Christmas song by the Barr Brothers serenades Santa’s sweetheart over gentle harp strums and twangy guitar, insinuating that Father Christmas is getting more than milk and cookies on his work trip and that Mrs. Claus should set her sights on someone else. With innuendos like “let me turn on your Christmas lights,” it’s clear that her stocking will be stuffed before Christmas eve ends.

“Let’s Make Christmas Merry Baby” is another Christmas song filled with suggestive lyrics. At first listen, this track could be mistaken for a bluesy holiday love song, but the lyrics tell another story.

Not only does Amos Milburn promise to fulfill his lover’s Christmas list (including a diamond ring and a Cadillac), but he vows to fulfill his lover’s sexual needs as well. “I wanna slide down your chimney, fill your stocking full of toys,” Milburn croons, “I’ll let you ride my reindeer.” And we don’t think he means Rudolph.

8. Wit it This Christmas

Ariana Grande has produced several sexy Christmas songs over the years, but “Wit it This Christmas” is one of her best. This track is all about being daring and bold during the holiday season, with Grande asking her boyfriend if he can handle everything she’s ready to give him on Christmas. She teases him, “you know I’m tasty candy cane, or gingerbread, made with love.” The pop singer also references other Christmas classics with lyrics like “down for loving, you’ll be my drummer boy, and I’m the only drum you’re gonna play.” Certainly, Grande likes to end her Christmas eve with a bang, and her long list of Christmas songs can help you do the same.

“A Nonsense Christmas” was released just in time for December, and its provocative lyrics sent it straight to the Naughty list. In this holiday remix of her pop hit “Nonsense,” Sabrina Carpenter dreams of a very merry Christmas with her lover. Not only does she spike the punch, but her lover “trims her tree,” his skin so cold that her tongue goes numb as she warms him up. Even with the cold outside, they’re keeping things hot in the bedroom – a real Carol of the Yells.

Carpenter also admires her partner’s package throughout the song, singing, “I might change your contact to has a huge North Pole, “I’m talking the opposite of small,” and, “I need that Charles Dickens.” Even Scrooge is blushing!

Don’t have a chimney? That’s fine, Santa will just slip in the back door.

In our final addition to the Naughty list, “Back Door Santa” represents the real infidelity that “I Saw Mommy Kissing Santa Claus” lacks. The singer, Clarence Carter, sneaks past husbands and boyfriends to give their women a little Christmas loving, even bringing pennies to distract the children with. He even makes it clear that he’s a repeat offender with the lyrics, “I ain’t like old Saint Nick/He don’t come but once a year.” Much like dear Santa Claus, Carter brings his presents whenever his baby comes calling, making “all the little girls happy
While the boys are out to play.”

If sneaky links are your thing, this funk tune may trim your Christmas tree – just make sure he’s gone before the cookies go cold.

From Santa Baby to Back Door Santa, these 10 Christmas songs are sure to bring a bit of scandalous holiday cheer! Now that you have the best tracks for your mistletoe moments, you’ll need plenty of toys to unwrap with your partner. After all, festive flirting isn’t complete without a Santa hat and some sexy lingerie to tease your lover with.

Check out our website to find the best Christmas gifts for the bedroom. With us, that Christmas magic will last all year long. 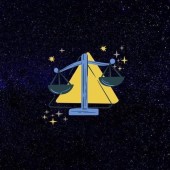 Why Romantic Adventures Checks ID’s at the Door